Symposium: The chief justice restores the Casey standard even while undermining women’s interests in Louisiana 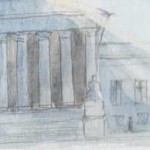 Erika Bachiochi is a Fellow at the Ethics and Public Policy Center and a Senior Fellow at the Abigail Adams Institute. Follow her at @erikabachiochi.

In comparison to the high court’s bombshell opinion in Bostock v. Clayton County earlier this month, June Medical Services v. Russo would seem relatively straightforward. The challenged admitting privileges requirement for Louisiana abortion providers is virtually the same as the law struck down in Whole Woman’s Health v. Hellerstedt just four years ago; because a basic hallmark of justice is that courts treat like cases alike, stare decisis dictates that the Louisiana law be found unconstitutional too. Chief Justice John Roberts replaces Justice Anthony Kennedy as the fifth vote striking down the law, and we call it a day.

But June Medical is not nearly so simple. Although five members of the court struck down the Louisiana law as “nearly identical” with the Texas statute in Whole Woman’s Health, Justice Stephen Breyer’s plurality opinion, resting as it does on his own majority opinion in Whole Woman’s Health, is not the one that ultimately governs the case. Rather, in yet another fragmented abortion decision, Roberts joins the plurality in reaffirming the basic determination of Whole Woman’s Health as to the admitting privileges law at issue, even as he corrects Whole Woman’s Health’s misinterpretation of Planned Parenthood v. Casey’s “undue burden” standard. And because Roberts’ concurrence rests on narrower grounds than the plurality does, his endorsement of Casey’s “substantial obstacle test” – which the four dissenting justices also support – will govern abortion regulations going forward.

In both Whole Woman’s Health and June Medical, the Supreme Court reviewed state laws requiring abortion doctors to obtain admitting privileges at hospitals within 30 miles of the clinics in which they perform abortions. And in both cases, Breyer asserted that Casey requires courts to compare the benefits and burdens of such laws to ascertain whether they amount to an “undue burden” on women’s ability to procure abortions. Lower courts, following Judge Richard Posner, had begun to read into Casey a balancing test in 2013, thereby enabling courts to strike down abortion regulations even if they did not – in Casey’s words – “have the purpose or effect of presenting a substantial obstacle to a woman seeking an abortion.” Claiming that this novel approach was required by Casey itself, and relying on the findings of the district courts, Breyer found the admitting privileges statutes in both cases unconstitutional both because their benefits to women’s health were minimal compared to their burdens, and because they resulted in a “substantial obstacle” to abortion access.

But as Justice Clarence Thomas argued in dissent in Whole Woman’s Health, and as Roberts argues in concurrence in the judgment in June Medical, Casey’s standard of review focuses on whether the disputed law creates a substantial obstacle to women’s abortion access — while otherwise granting wide discretion to state and federal legislatures in matters of health and safety. The Casey court’s application of its undue-burden test to the regulations it reviewed, Roberts demonstrates, did not weigh the benefits and burdens of the regulation. When the Casey plurality discussed the benefits of abortion regulations, it did so merely to ascertain, as a threshold matter, whether the law at issue was “reasonably related” to a legitimate state purpose. Provided that requirement was satisfied, the only remaining issue was whether the law created a “substantial obstacle” to abortion access, a fact-intensive, state-by-state determination.

To confirm the error of Breyer’s balancing ways, Roberts scrutinizes how the balancing test might apply in a future case: How might courts go about weighing the state’s interests in protecting “’the potentiality of human life’ and the health of the woman” against “the woman’s liberty interest in defining her ‘own concept of existence, of meaning, of the universe, and of the mystery of human life’”? Nowhere, Roberts argues, does Casey suggest that courts have the competency to make such a determination. Instead, he writes, “[p]retending that we could pull that off would require us to act as legislators, not judges, and would result in nothing other than an ‘unanalyzed exercise of judicial will’ in the guise of a ‘neutral utilitarian calculus.’”

In repudiating the newfangled balancing test, then, Roberts in his June Medical concurrence restores Casey’s relatively more deferential treatment of abortion regulations (at least compared to Whole Woman’s Health — and Roe). His opinion will in fact have that effect, because the four dissenting justices expressly endorse the “substantial obstacle test” to the exclusion of Breyer’s balancing test. As Justice Brett Kavanaugh’s dissent points out, “Today, five members of the Court reject the Whole Woman’s Health cost-benefit standard.”

But even as Roberts provides the fifth vote for that partial overruling of Whole Woman’s Health, he joins the plurality in holding that the Louisiana regulation at bar must fall. Arguing that the court’s benefits inquiry was unnecessary to its decision in Whole Woman’s Health, Roberts suggests that the Texas law could have been struck down under Casey’s “undue burden” approach alone (basically rendering the Whole Woman’s Health benefits inquiry unnecessary dicta). And yet, even though he himself voted to uphold the Texas regulation, and even as he repudiates the Whole Woman’s Health test under which it fell, he refuses to overrule Whole Woman’s Health in its entirety, paying rather odd lip service to stare decisis along the way. In the end, since he sees no marked difference between the burdens of the Texas law and the burdens of the law in Louisiana, Roberts states that he is unable to find a clearly erroneous judgment on the part of the district court: The question “is not whether we would reach the same findings from the same record,” but whether “we are left with the definite and firm conviction that a mistake has been committed.”

As much as Roberts is right to correct the missteps of Whole Woman’s Health, he makes a few rather obvious missteps of his own. In rather passively joining the plurality on the standing issue, he misses the opportunity to reckon with the deep contradiction at the heart of this case and really at the heart of abortion jurisprudence as we know it. Not only is Thomas correct that the Supreme Court has had it wrong constitutionally from the start, but allowing abortion providers to sue on behalf of women puts women’s interests in the hands of abortion providers with adverse economic interests. A jurisprudence that treated women’s interests as distinct from those of abortion providers might come rather to see abortion for what it really is: a quick, easy, and relatively cheap way to keep women from demanding more, more of men, more of employers, more of medicine, more of the community at large. From this perspective, it’s no surprise that Katrina Jackson, the chief sponsor of the bill June Medical struck down yesterday, is an African-American “whole life” Democrat who sees abortion, touted by Casey as a means for economic and social progress, as actually a “tool of racial and economic oppression.”

As in Whole Woman’s Health and in Roe itself, doctors’ interests take center stage here again, with the five justices in the majority – including three women! — maintaining that a regulation meant to protect women’s health and safety is unduly burdensome to women simply because it places significant requirements upon doctors who would serve them. And yet, as Justice Samuel Alito’s questioning loudly hinted at oral argument and as he now argues in dissent, “the idea that a regulated party can invoke the right of a third party for the purpose of attacking legislation enacted to protect the third party is stunning.” In any other case involving business regulation – say, tobacco, or better yet, gun regulations — we would readily see the clear conflict of interest. If gun manufacturers attempted to stand on gun owners’ Second Amendment rights (rights that are actually in the text of the Constitution) to argue against a burdensome safety regulation of the manufacturers, we would not think courts should so readily strike down the law; indeed, requiring the manufacturers “be limited to [their] own rights,” in Alito’s words, would mean that the law would need to pass only very deferential rational basis scrutiny, and that’s it.

Some have even criticized these women-protective regulations as targeted regulation of abortion providers; Justice Ruth Bader Ginsburg referred to them as such in her Whole Woman’s Health concurrence. Yet, in striking down these laws in Whole Woman’s Health and now in June Medical, it is rather the Supreme Court that has carved out an exception just for abortion providers. After all, in passing Act 620, the Louisiana legislature merely sought to ensure that abortion doctors enjoyed the same relationship with area hospitals that every other doctor who performs outpatient surgery enjoys; they wished to bring abortion regulation in line with other medical care. Indeed, the legislature acted in response to an impressive record of complaints of negligence and substandard clinic conditions, a hefty record that itself distinguishes the Louisiana case from that of Texas in Whole Woman’s Health, as Justice Neil Gorsuch argues in dissent. The record itself shows that abortion providers, on their own, were clearly not looking out for women’s best interests. It is strange for those now characterizing abortion as basic “health care” not to want to be held to the same standards as, well, basic health care.

And although perhaps not a perfect means of ensuring that doctors provide adequate medical care in the process of providing abortions, admitting privileges are a good start. Unlike a state medical licensure, such privileges require applying doctors to undergo an extensive investigative process the clinics do not require, and they provide continued oversight and monitoring. Such oversight measures ensure the best possible medical care for women seeking abortions, even if the hospital privileges themselves are, in the great majority of individual cases, thankfully unutilized.

All that said, it is not surprising that abortion providers find it difficult to obtain admitting privileges at area hospitals. After all, doctors profess to preserve life, not end it. And so, while there are surely many reasons hospitals may decline providers’ applications for even courtesy privileges (those not requiring a threshold number of hospital admissions), abortion may well seem to many in the profession the very antithesis of medical care. Only one in four OB-GYNs, at the most, is willing to perform abortions, with the adverse majority citing, most commonly, personal, religious or moral reasons for their unwillingness. And yet their largest professional organization, alongside insurance companies and other corporate entities, now routinely campaigns to protect the procedure. Just as many companies seem to prefer quick abortions to generous work-family policies, professional medical associations would save face politically by lobbying for a procedure most doctors in their ranks themselves decline ever to perform.

The post Symposium: The chief justice restores the <em>Casey</em> standard even while undermining women’s interests in Louisiana appeared first on SCOTUSblog.